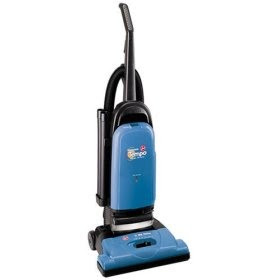 Seven years ago I sat down in a cramped office outside Boston. I was visiting Acme Packet, and the question on everyone's mind was this: How long will this "SBC" thing hold out?

You see, in 2004, everybody I talked to about the Acme Packet thought it was a temporary fix to a technical oversight. Maybe the SIP people would modify the standard to accommodate NAT and Firewalls better. Or perhaps the firewall and NAT vendors would improve their behavior and start supporting VoIP natively.

And nobody liked the cost the SBC added to the network. In the past seven years, multiple major VoIP software vendors have pleaded with me not to bring up SBC's with my network design clients. "Isn't there a way to design these networks without so much cost?"

But that hasn't happened. I've probably dealt with 100 carrier networks since then, and every one of them was either using an SBC, or making elaborate contrivances to avoid doing so.

But now the question is different. We have at least three significant SBC vendors to think about -- Acme Packet, Metaswitch, and Sonus -- plus Cisco too. And the questions aren't "when will this go away?" so much as "how big will this market become?"

So, what is driving this growth? What has convinced Metaswitch to enter the market at this stage in the game, after such a clear leader has emerged?

PRIs. Specifically: they're turning them off. And SIP trunking is vacuuming up the calls that used to flow through them. How many PBX ports were in use in 2001? That's probably a reasonable estimate for the upper limit of the SIP trunking market over the short term.

SS7 Peering that isn't there any more. Yes, there are ISUP trunks and SS7 linksets out there, but they're becoming the domain of specialized carriers, not every telephone company. Many carriers who have SS7-capable equipment aren't even using it at all; instead, they do SIP peering with other carriers. And the SBC often handles these calls twice: once on the access leg, and again on the carrier leg. So the SBC vendors may be paid twice for each "call."

I frankly wish the SBC wasn't a fact of life. But due to several interesting technical, historical, and human reasons, it's here to stay. I've listed a few, and I'd be glad to discuss others with any reader who is interested.