200 OK "Would you like some Huddle space with that?" Five takeaways from Enterprise Connect 2019 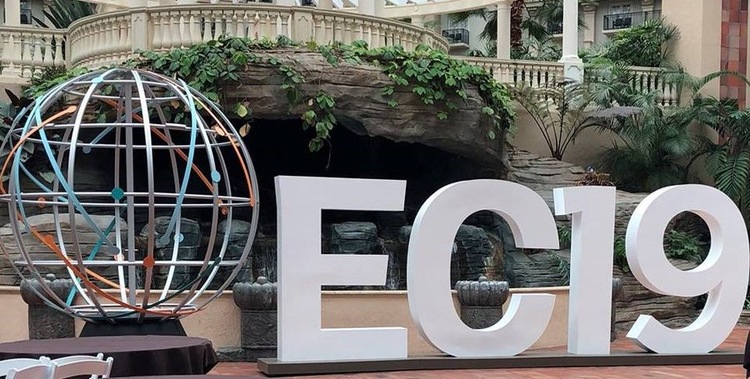 The annual Enterprise Connect 2019 show in Orlando, Florida gathers buyers from US-based companies to look at the latest communications gadgetry with which they might improve their organization.

The backdrop of the entire event is Voice-based services: phone systems, but those are not the big sellers or the big topic. Of the exhibitors, 35% identified themselves with "Unified Communications."

Nearly every device with an Ethernet port also used SIP for video and call control. In the "Jeopardy" style trivia game hosted by Cisco, participants went for the Voice and PBX questions before answering other IT and networking questions. 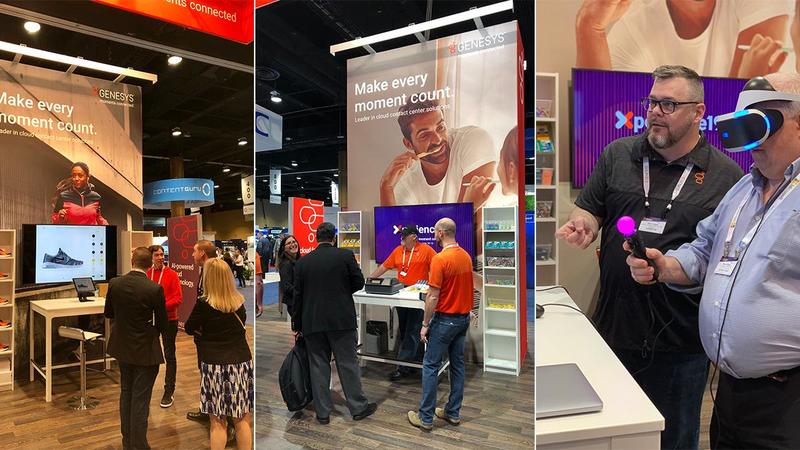 The most largest exhibits focused on Contact Center services. Genesys is the one to beat, with Amazon AWS, RingCentral, Vonage Business, 8x8, Masergy (offering Cisco-BroadSoft Customer Journey Platform, CJP) all hosting big booths. This is clearly the services area that cloud-hosting providers want to dominate, but features and control capabilities vary drastically between firms. There are so many competitors in this space, some winners will certainly emerge and lead to consolidation in future years.

3. A Microphone on Every Desk, and a Video Camera in Every Room

Room-based video systems were everywhere. Zoom, Fuze, Highfive, GoTo/LogMeIn all had enormous booths with almost indistinguishable products: large screens with cameras optimized for groups of 5-10 people. But Cisco's-WebEx integration of hardware and services gave them the coolest demos.

The Webex Room Kit demo shows a very small room. The closest participant, Espen, touched the camera from where he sat. 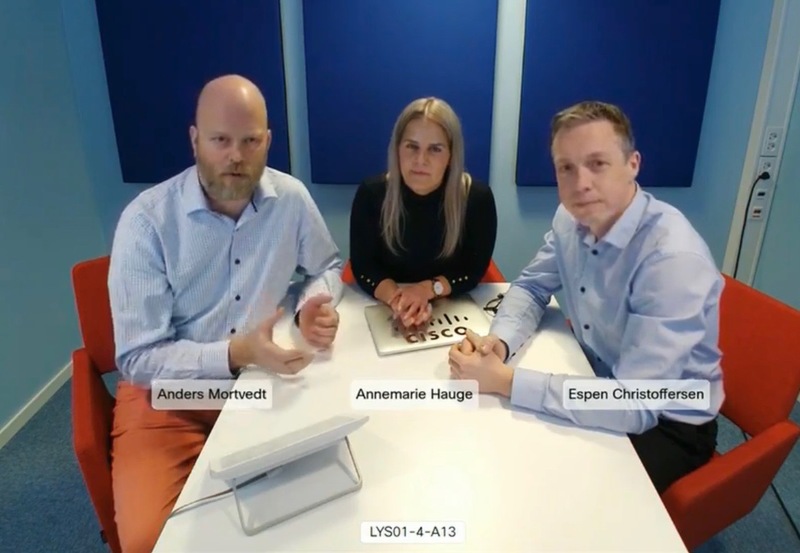 Almost as prominent as the Contact Center and Room-Video-meeting systems, team-collaboration tools similar to Slack and Microsoft Teams were everywhere. Everybody had a new way to chat with coworkers and share files.

Newish firms like Dialpad are on the heals of established leaders like Verizon and Vonage Business to offer voice services to users everywherge. Cisco Webex Calling is targeting the 100+ user space. Dialpad's well-funded sales strategy is to say voice is no big deal, but everybody's going to need some.

But What About AI? And SD-WAN? And Poly.com?

Buzzword-Alert: Yes, many mentioned AI, and SD-WAN. But the meanings of these terms varied so widely.

For a few at the show, AI seemed to be based on rich data sets. In other cases, it seemed to be merely a well-configured system; e.g., do a database lookup to choose the right prioritization for the customer.

SD-WAN might mean routing logic using Jitter Buffers, Forward Error Correction and universal encryption. But for others, "SD-WAN" was an tool to configure your existing routers and firewalls. 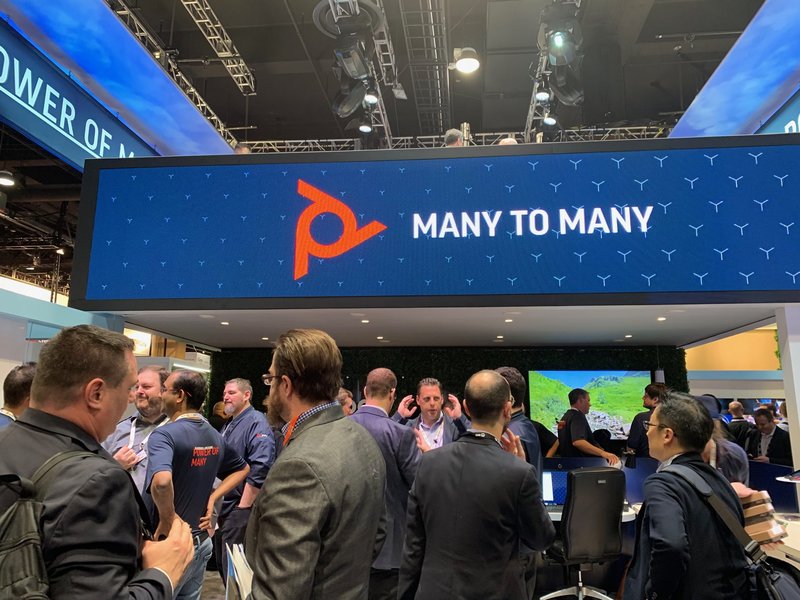 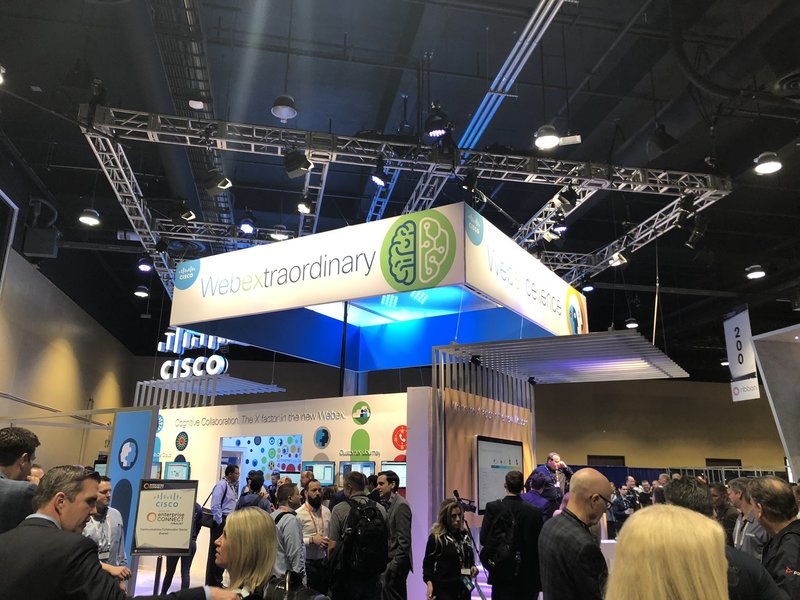